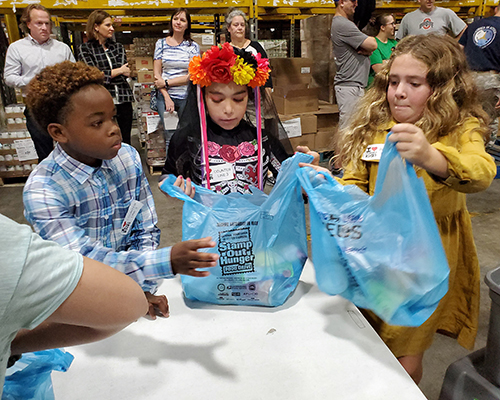 For our October 2019 Halloween Themed Packing Party, I Heart Hungry Kids brought together over 130 trained youth volunteers aged 5-18 (and a few awesome adults) to pack 9,600 pounds of food for Lowcountry kids in need.

Our Packing Parties are done in partnership with the Lowcountry Food Bank’s Backpack Buddies Program, Citadel Cadets of India Company, and our friends at Sodexo / MUSC who sponsor our snack room.

Special thanks this month to Food Drive Challenge sponsors Lowes Foods of Mt. Pleasant. They donated 750 pounds of food that benefited James Island Outreach and the Lowcountry Blessing Box Project, and our awesome Packing Party families brought in 159 pounds that went to the Lowcountry Food Bank.

Check out our photos from the event below!